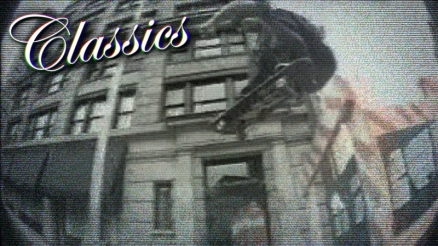 Keith Hufnagel taught us all about power, style and finesse through his approach to skateboarding, business and life. His gift lives on with everything he created and we are all better people for the inspiration he gave us. Ride In peace, HUF. We love you and we thank you. —Ando, from FTC
Supported by

The Ineos Grenadiers announced a wave of notable roster additions on Friday, unveiling four new signings at once. Confirming various media reports linking each of them to the team over the past few weeks, Ineos announced that Richie Porte, Laurens De Plus, Tom Pidcock, and Daniel Martínez will join the squad next season. A team …

(Want the Daily News Digest delivered directly to your inbox? Here’s the sign-up.) Hello again, CyclingTips readers. We head into the weekend with half of the events at this years Road World Championships now done and dusted. After Friday’s elite men’s individual time trial, the home country has its first gold medal so far at …

Rain and snow are not his thing! Florian Nicolai was one of the hot favourites of the first 2020 EWS race in Zermatt. We took a closer look at his race bike, the brand new Trek Slash 2021.

While last year Flo lost the overall EWS victory to Sam Hill on the last stage in Zermatt, he was one of the hot favourites of this year’s TRAILLOVE festival, which took place in the renowned Swiss mountain resort. His chances of winning the Swiss stage were particularly good considering that Sam decided to sit out the European races due to the travel restrictions imposed by governments in response to the COVID-19 pandemic

However, the crazy weather conditions forced organisers to postpone the start by several hours and reduce the race to just two stages. Given the extreme conditions, Flo didn’t want to take unnecessary risks with wet roots and slippery rocks. At the end of the day, he had to content himself with a rather unflattering 13th place.

When the Trek Slash was launched in 2016, it played a key role in shaping the 29er enduro bike category. Three weeks ago, the American brand launched its successor, the Trek Slash 9.9 2021, which has more travel, a revised geometry and a practical storage compartment under the bottle cage. We have already tested the brand-new Trek Slash 9.9 2021 for you. In this bike check, we’ll tell you the main differences between the production bike and Flo’s racing bike.

Without even reading our test of the Trek Slash 9.9 2021, Flo implemented Christoph’s tuning tips The 2020 Road World Championships very nearly didn’t happen. But after the event was cancelled in Switzerland due to coronavirus restrictions, Imola, Italy picked up the pieces at short notice. This Sunday the elite men will duke it out for the honour of wearing the rainbow bands for the next year. Without further ado, here’s …

The post Preview: Your guide to the men’s road race at the 2020 Road Worlds appeared first on CyclingTips.

With the Tour de France wrapped up, our latest episode of the CyclingTips Nerd Alert podcast looks at some of the tech that popped up and we discuss what it might mean for the rest of us. Join the usual cast as they dive into the what and why of the gear raced at the …

One week after the final day of the Giro Rosa the best of the women’s peloton have made their way north to Imola, Italy for the Road World Championships. The elite women’s road race will be held on Saturday. The original course for the Worlds was set to be a hard one, with a real …

The post Preview: Your guide to the women’s road race at the 2020 Road Worlds appeared first on CyclingTips.

You probably haven’t heard of Dries De Bondt, unless you’re an avid fan of the Belgian semi-classic Halle-Ingooigem, a race De Bondt has won twice. But you’ll be hearing De Bondt’s name more now, and you’ll certainly be able to spot his jersey in the upcoming Classics. His story is an amazing one: from a …

The post From life-threatening crash to Belgian champion appeared first on CyclingTips. 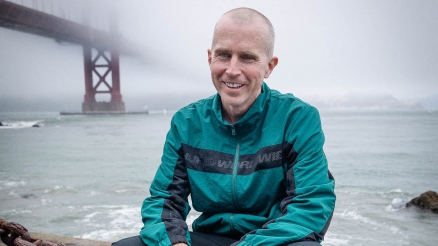 The word legend has entered our everyday lexicon to the point that we’ve lost sight of its huge power and rarity. Keith Hufnagel defined the word.