Watch what Uchi laid down to take home the win and the $90,000 pay day at Chimera A-Side in Nagoya, Japan! more »

With a snowy version of the Fat Bike World Championship logo looming in the background, 160 big tire devotees take off from the start line in Crested Butte, Colorado. Photo by Robby Lloyd/Lucid Images

No, fat bikes are not going to save the bike industry. We figured that out a couple of years ago, when after going phat-crazy for about 18 months, bike makers realized that these big-wheeled behemoths actually aren’t a good full-time cycling option. These days the cure for what ails us is either e-bikes or gravel bikes depending on who you ask.

Just don’t ask the 160 or so riders that turned up for the Borealis Fat Bike World Championship. At least in winter, they’re all-in on this fat bike thing, proudly flying their freak flag last weekend in Crested Butte, Colorado, for this now 5th annual event. And it was a good one. With bluebird skies, goldilocks temperatures that were not too hot not too cold, and an undulating course that had just enough technical challenge to keep things interesting, this event once again proved there is a place for fat bikes in the ever more crowed cycling realm.

This year’s scaled-back event commenced with a Friday evening session of fat bike polo in front of local watering hole, the Brick Oven Pizzeria. Saturday featured the main event, with a 3-lap fun race and 5-lap main event on a 5-mile circuit that wound around the valley between Crested Butte and its namesake mountain. Sunday, things wrapped up with a friendly group ride. In between there was lots of revelry, beer drinking, and general good times. Here’s a look at some of the highlights.

Yes, fat bike polo is a thing. At least it is now. The objective was put the ball in the goal — and try to stay upright on a very slick, closed off section of Elk Avenue in downtown Crested Butte, Colorado. Photo by Robby Lloyd/Lucid Images

Off they went at the Fat Bike World Championships. The fast folks whipped around the 5-mile course in around 20 minutes per lap, while casual contestants stopped for whiskey shots and bacon hand-ups, and may or may not have finished any laps. Photo by Robby Lloyd/Lucid Images

Yes, there was an optional booter, which allowed the author (in red jersey) to get some (not so) big air. Photos by Robby Lloyd/Lucid Images

It ain’t racing if there ain’t bacon. Photos by Robby Lloyd/Lucid Images

Up front you could find lots of Lycra and carbon frames and wheels. Pictured here is the chase group, which could not bring back eventual winner Josiah Middaugh. The Vail resident and former Xterra off-road triathlon World Champion attacked about halfway through the 25-mile race, and then held on all the way to the finish, stopping the clock in a time of 1:42:51. Chris Stevens (also not pictured) was second, finishing 1:20 back of Middaugh, with Will Ross completing the top three, finishing in 1:45:38. You can view complete results here. Photo by Robby Lloyd/Lucid Images

Gunnison County local Jenny Smith was second on the day, smiling all the way. She finished her 5 laps in 2:21:39, more than 13 minutes behind women’s World’s winner Ashley Carelock, who is also the course record holder of the multi-day Colorado Trail mountain bike race. Third place in Crested Butte went to Jill Cederholm Mairs. Photo by Robby Lloyd/Lucid Images

Maker of all things fat bike/cold weather riding 45NRTH was in the house, showing off their wares and leading a group ride the day after the big race. Photo by Jason Sumner

Of course, event sponsor Borealis has its own motor home. Photo by Jason Sumner

To the victors went these very cool hub trophies that were provided by event title sponsor Borealis Bikes, which is based in Colorado Springs and sells fat bikes consumer-direct through its website. Photo by Jason Sumner

It was a chamber of commerce kind of day high in the Colorado Rockies. Photo by Robby Lloyd/Lucid Images

This guy probably didn’t win anything, except maybe the best costume award. But you can bet he had the best time. Photo by Jason Sumner

(Want to get the Daily News Digest delivered directly to your inbox? Here’s the sign-up.) Hello again, CyclingTips readers! Did you enjoy your weekend as much as Richie Porte and Matthew Holmes did? We hope so, now that we’re back into the swing of the week. The Tour Down Under may be in the rearview … 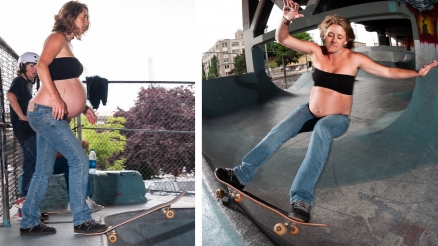 In 2006 Burnside local Jessica Starkweather slashed a few grinds during her last week of pregnancy. Years later the photos sparked a viral debate about risk and personal choice. Hear Jessica’s side of the story in this interview by Ashley Trujillo. Keep shredding, Jess!
Supported by

Tejay van Garderen is the most scrutinized American cyclist of his generation. He’s also the most inscrutable, and probably the most talented. But for some reason, whatever he wins or almost wins, and he does both a lot more than most American pros, it never seems to be enough. As the 2020 season looms, he …

The post As Tejay van Garderen gears up for 2020, maybe it’s time to give him his due appeared first on CyclingTips. 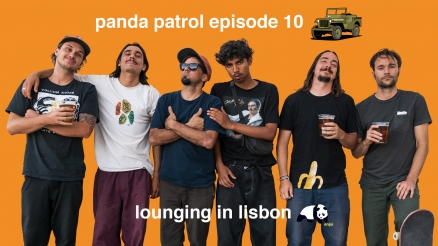 Caswell, Nestor, Deedz and the gang band together in Portugal, delivering an edit that’s equal parts skate stoke and smiles. If you ain’t having fun, you ain’t doing it right…
Supported by

PARIS (AFP) – The UCI has announced that the Tour of Hainan, scheduled to take place in China’s southernmost province from February 23 to March 1, has been canceled because of the coronavirus outbreak. Created in 2006, the race on the island of Hainan was given the UCI’s new ProSeries ranking for this season, putting …

The post Tour of Hainan canceled due to coronavirus appeared first on CyclingTips. 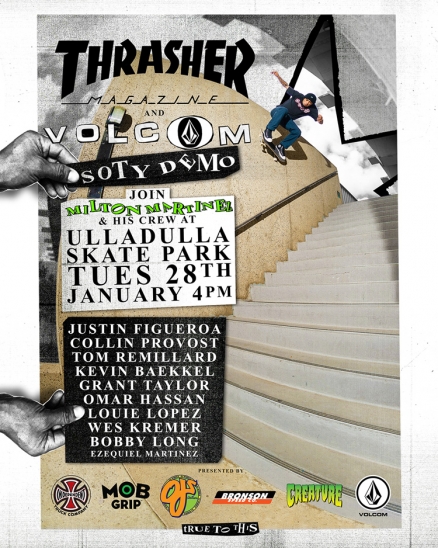 The SOTY tour, currently wreaking havoc in Oz, is stopping by for a heavy demo Down Under. Peep the flyer then head over to see three SOTYs, along with Figgy, Louie Lopez, Provost and more, utterly destroy the Ulladulla skatepark.